Quebecers Go To The Polls On September 4 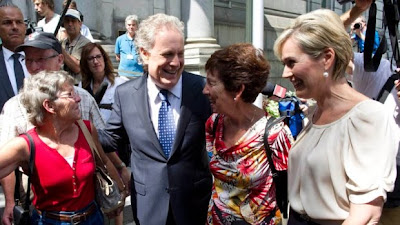 Quebec Premier Jean Charest poses for a photographer with two tourists as he leaves a meeting with the province's lieutenant-governor accompanied by his wife Michele Dionne, Wednesday, August 1, 2012 in Quebec City. Charest called a provincial election for Tuesday, Sept. 4. THE CANADIAN PRESS/Paul Chiasson

His office released a statement saying he will visit the province's lieutenant-governor at 10:55 a.m. today and request a dissolution of the legislature.

Should Charest win, he would tie a provincial record with four consecutive victories.

My Comment: It is going to be difficult for Premier Jean Charest winning a fourth term .... but this is probably the best time for him to call a poll.

Nine Montreal-area residents have been charged in connection with a massive international drug sting that nabbed more than more than 43 tonnes of hashish worth an estimated $860 million.

"Such a large quantity of hashish could have supplied every resident of a city of 10,000 with a daily dose for more than 11 years," the RCMP said in a release.

My Comment: Wow .... that's a lot of hash.
Posted by Bookyards Beta Search Engine at 4:00 PM No comments:

Are The Liberals Prepping For A Spring Election?

PQ Warns That Liberals Are Prepping For Spring Election -- CTV
MONTREAL — Holding a leaked document in his hands, the Parti Quebecois' language critic revealed on Thursday what he thinks will be the Liberal government's first move to call a spring election.

In an event Yves-Francois Blanchet says is designed to make the party more appealing to French voters, Culture Minister Christine St. Pierre is expected to ask partners to sign a special declaration about the French language on April 27.

My Comment: It's not going to happen. The Liberals suck in the polls .... and they know it.
Posted by Bookyards Beta Search Engine at 3:30 PM No comments:

Clashes Between Students And Police Reported

Students demonstrate against tuition hikes Wednesday, April 4, 2012 in Quebec City. (Jacques Boissinot/THE CANADIAN PRESS)
On The Eve Of Negotiations, Two Arrested As Students Clash With Police -- CTV
MONTREAL — Two demonstrators were arrested on Thursday morning after a protest against the government's plan to increase tuition turned violent, leading to a confrontation between riot police and student supporters.

Pepper spray and riot shields were deployed as over 200 demonstrators blocked streets in downtown Montreal in a bid to shut down the area.

My Comment: I am getting so fed up with these demonstrations .... the traffic jams that they cause .... and the dislocation that these students have decided to impose on me when I have nothing to do with this dispute. If they are looking for supporters .... here is a big hint .... you are losing those who have already paid for their education and who are now working to pay for yours.
Posted by Bookyards Beta Search Engine at 3:00 PM No comments:

Stop Targeting ‘The Other’ In Language Talk

QUEBEC — Kathleen Weil, Quebec’s immigration minister, and herself the daughter of a doctor who immigrated to Montreal from the United States, has had enough of constant suggestions by Yves-François Blanchet, the Parti Québécois language and immigration critic, that newcomers embracing English threaten Quebec’s French character.

“I find it really destructive to constantly target the other, the person that has come here,” Weil said after Blanchet released a leaked draft of a declaration the Charest government wants participants at a language summit next Friday in Montreal to endorse.

My Comment: I have lived here for 52 years .... and the nationalist hostility towards immigrants has always made me shake my head. Kathleen Weil is right .... but such is the state of French Quebec.
Posted by Bookyards Beta Search Engine at 2:00 PM 1 comment:

Revenue Quebec Moves To Crack Down On Tax Evasion 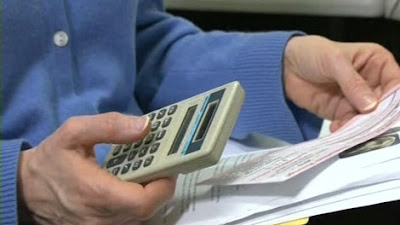 With the tax deadline 14 days away, millions of Quebecers are sending in their returns, and the tax agency is hoping to cut down on tax evasion, an illegal practice which costs the government $3.5 billion per year.

My Comment: Reading reports like this one gives me the desire to move to a place like Alberta .... where there is NO filing of provincial taxes.
Posted by Bookyards Beta Search Engine at 1:45 PM No comments:

Air Canada To Be Sued For Aveos Closure 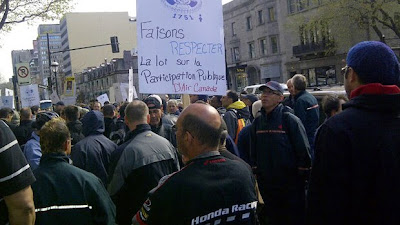 The Quebec government is taking Air Canada to court in an attempt to keep more than 2,000 aircraft maintenance jobs in Montreal.

Aveos, a subsidiary of Air Canada that was responsible for the upkeep of the company's planes, declared bankruptcy last month.

The firm started liquidating its assets and laid off 2,600 unionized employees.

My Comment: Suing a company because another company has gone bankrupt is not going to solve anything .... or even get anywhere. This is all political theater.
Posted by Bookyards Beta Search Engine at 1:30 PM No comments: The arrests include construction magnate Tony Accurso, who was taken into custody as investigators searched locations in Terrebonne, Mascouche and Laval.

My Comment: This is a start .... what I would like to see are more arrests and more charges.
Posted by Bookyards Beta Search Engine at 1:00 PM No comments: 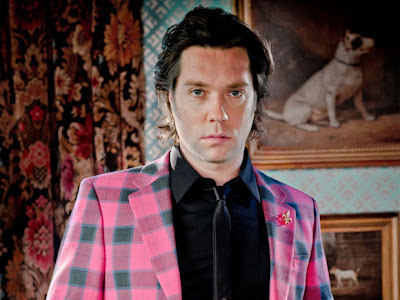 Wainwright revealed the information to The Gazette during an interview a couple of weeks ago, but asked that it be kept off the record. The information was confirmed by jazz fest co-founder André Ménard in La Presse on Monday morning.


My Comment: 10 more weeks (give or take) for the festival to begin.
Posted by Bookyards Beta Search Engine at 3:30 PM No comments: 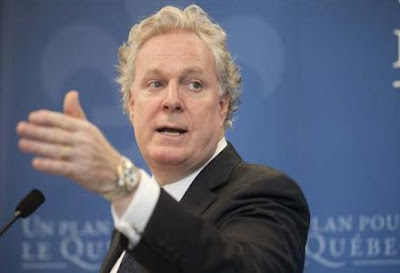 In his first comments since returning from a trade mission in Brazil, a tough-talking Charest showed no signs of wavering in his government's intentions to increase tuition.

My Comment: Charest now has an election issue if he should decide to call one in the next few weeks.
Posted by Bookyards Beta Search Engine at 3:20 PM No comments: